Its been freezing here in Michigan since last month. When I say freezing I mean temperatures -5 below. In the day time its so cold, that even if you’re off work that day, its wise to go out and start your car for a good 20 minutes to warm up the engine.

One morning, I got up at 6:30 am and went out to warm up my engine because I knew  I wasn’t going anywhere that day. As I sat in my car, I saw cars start without the owner in them, and I knew what that was all about. People had remote starters and were starting their cars up from the building. All I kept saying to myself is, I sure wish this car had one.

Later on that day, as I thought about the coming week and the dropping temperatures with snow, the remote starter came to my mind again. The VOICE said, ask Nesha (( my daughter)) to send you a photo of the remote that’s on her set of keys to the car. Right away she sent it to me. I have one that goes to the car on my ring, but she has 2 on her key ring to the same car. Hers is way different than mines, so I told her that when I saw her again, that I wanted it to see if it remote started. But in the meantime I went on line and looked up remote starters and found one that looked just like the one Nesha sent me that’s on her set of keys.

The very next day, I got it!!! I went to the car and kept clicking and clicking and clicking and CLICKING! Nothing! It didn’t even unlock the door. Either the battery was dead, or it wasn’t working PERIOD!!!!.It looked way different than the one I had been using.  I continued to make sure I started my car in the snow and below temperatures, even if it meant freezing my behind off without a remote starter.

DAYS later, the REMOTE STARTER…. came to my mind AGAIN, with a VOICE saying…. “YOU DO HAVE A REMOTE STARTER.” I thought that was a weird LOUD thought, because I had THE REMOTE with me, and every time I went to the car, I tried to use it………. NOTHING. But this VOICE had me thinking. I couldn’t figure out why I kept thinking about THIS NON WORKING REMOTE?

So, I went to work, and walked up to 5 of my coworkers, 3 male and 2 female and asked them to take a look at my remote to tell me if it was a starter or not. It had a star on it, as if it was a starter. The men looked at it one by one, asked me a few questions, and said that it looked like a regular car door remote, and NOT a starter.  One of the men had one, and he told me that a remote starter looks like this…. 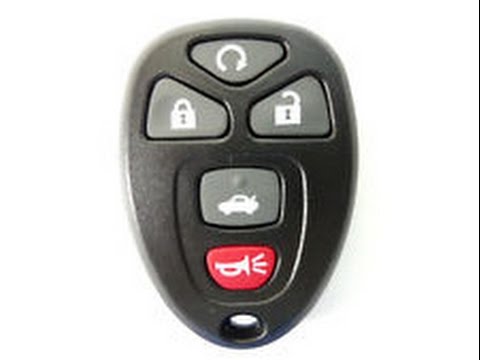 One of the women SHOWED me hers and it was IDENTICAL to the one I had,  she said mines is not a remote starter, and hers wasn’t either. I figured it wasn’t, but decided to ask one of the men to show me how to open it so that I could at least buy another battery to see if that was the issue. But half way through him working to open it, I said that’s okay.

I got off work and  HEARD THE VOICE AGAIN……. “YOU DO HAVE A REMOTE STARTER!!”  So, I tried it ONE LAST TIME. It DID’NT WORK! I was done with thinking about it, and done with trying to work it.

About 4-5 days later, I had forgotten all about it. When I heard this VOICE out of the blue say AGAIN…. “YOU DO HAVE A REMOTE STARTER. ” I knew it was God. I remember saying to him, my friends says I don’t have one. One friend showed me hers and it was the same, and she doesn’t have one. I said WHY DO I KEEP THINKING ABOUT THIS REMOTE GOD???? It doesn’t work and I’m good with it. See God and I have this lovely relationship, he KNOWS I’M SPECIAL.. HE knows I ask HIM questions over and over and over again. He knows I ask 1000 questions on the same subject. He KNOWS…. that I go through many channels before I get things right SOMETIMES. HE knows me. He knows that I have to go over in my mind things way too many times, over analyze and then COME TO MY SENSES. So just know, He LOVES ME, AND THIS IS HOW WE COMMUNICATE because this is HOW I LEARN. He has patience with me, and he NEVER EVER EVER EVER EVER EVER EVER leave me hanging.

SO with that being said….

After hearing him say AGAIN…….. “YOU HAVE A REMOTE STARTER!!!” I decided to go to my car and I made it my business to work with that starter. I knew how it worked, so I took my time with it and I kept thinking about that VOICE. For some reason the green light on the remote lite up THIS time when I went to unlock the car. I started thinking, when my co-worker was opening it, before I told him its okay, he must have loosen up the battery part and somehow made it work. Because when I tried it before it was dark outside and that light DID NOT COME ON. So when it came on THIS TIME and the door unlocked, it tripped me out. I clicked the yellow starter button (( mines look just like that))

once for a few seconds, then a second time… IT CAME ON!!!!! LOL LOL LOL MY CAR STARTED. LOL LOL I COULDN’T BELIEVE IT!!!! I KEPT TAPPING MYSELF BECAUSE IT DIDN’T SEEM LIKE THIS WAS HAPPENING. GOD SAID IT!!! HE KEPT MAKING IT COME TO MY MIND! LOL LOL I COULDN’T SHAKE THOSE WORDS.

I had my Nisan for 4 years and NEVER KNEW I HAD A REMOTE STARTER! LOL LOL

THE BLESSING IN THIS STORY IS NOT THE REMOTE STARTER… ITS THE VOICE OF GOD!!! SEE, I CAN DO WITHOUT THE STARTER, BUT THE VOICE IS WHAT I CANT LIVE WITHOUT!

If you’ve been following my blogs you’ll know my Town and Country was stolen the end of Feb from my apartment complex. I was very upset about this, but at the same time everything is in Gods control and there is nothing I can do about it. I’m okay.

A few weeks after that, I was looking into the parking lot from my window, when I noticed that the 24 hour security guy had the gate opened. Every time someone has to come through the gate, he has to push the button to let them in. Well, I was heated that it was open. I want that gate to be closed at all times. To go outside to your car and its not there is a terrible feeling, and I don’t wish that on anyone. So, I marched down stairs like I was the POLICE and asked him why did he have that gate open? He said “I have it open sometimes because its not a lot of traffic at night and I’m facing them anyway. I said … SO WHATS YOUR PUPOSE OF EVEN BEING HERE THEN? I said … my van was stolen on this shift and I feel that it should be closed and when someone pull up then you open it. I guess he saw that I was mad. LOL He was blunt and truthful too. He said.. if they wanted to steal a car in here, all they have to do is what they did to you. Come in through the gate, one on the passenger side and one driver. Pull up to the car and hop in it. He said all I can do is call the Police . I was so irritated when he said that… but he was telling the truth. I went up to my apartment and was on FIRE.

Through the night I had time to think about it , he was right. That’s what made me question myself and ask…. was I mad at what he said, or how to the point he said it? I guess my answer would be…. to the point. So, the next day as I was leaving the building, I wanted to make friends with him, because I was wrong, and he knew I was 15 seconds away from turning into the Incredible Hulk in that lobby. LOL This is how I approached him. I said… Wasn’t I mad at you last night and you still didn’t close the gate”? He laughed!!! HE said yes… all I was doing was telling you that if they wanted to steal a car they’ll get it anyway. He said I’m right here watching the gate and cameras, and still all I could physically do is call the Police. Once he started talking, and I listened…. I knew it was something about him that reminded me of MEEEEEEEEEEEEEEEEE.. I asked him…. when is your birthday? He said Sep 6. I knew it.. I knew it.. He’s a VIRGO just like me. He said yess, people get mad because I’ll tell the truth. I couldn’t do anything but laugh. Now he’s my boy. LOL

Yesterday I call my self chatting with him for a few minutes before I went to my apartment, even though I had groceries in my hands. Whew Chile…. he can GO!!! Baaaaaby I thought my ice cream was never going to make it to the freezer. LOL It never fails… whenever I meet a MALE VIRGO.. we always get into it. Never fails. Then once we start to talking and understanding each other …. we find out that were so much alike.