Sometimes when you’re in a relationship, and things aren’t going well, its so easy to point the finger at the other person to find fault with them. But I challenge you to get in a quiet place and ask God to reveal the things that are YOUR fault.

The things that you allow in a relationship cause for the person to react to that choice. What is YOUR role in a failed relationship? 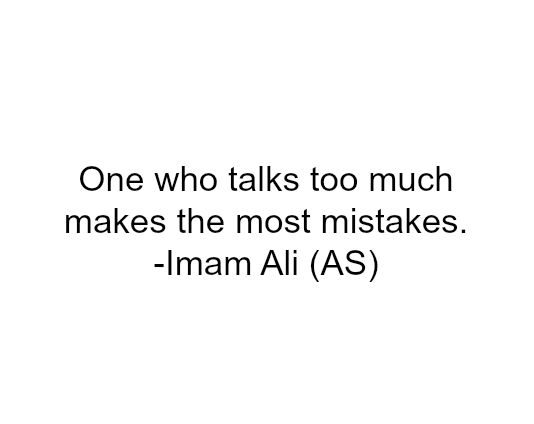 My Momma always told me, that my mouth was going to get me in trouble someday

Sometimes I come off too strong and offend others

I NEVER EVER EVER curse people out, but I can put together a def defying sentence

Only God can get me out of this one 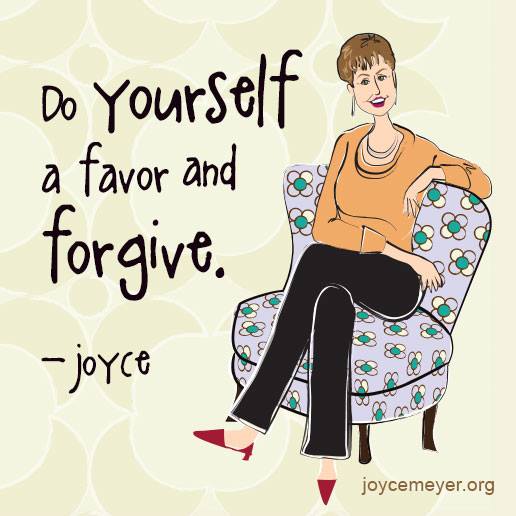 Last night I was in bed thinking back on some of the things I did as a teenager and in my 20’s and early 30’s and some of those things shock me. But you know I was Thanking God that I have lived long enough to ask for forgiveness and to change my ways. Just think had I died in the mist of  that mess. Some people do. They don’t get a chance to ask God for forgiveness, because  they were still doing wrong before they died. To me that’s one of the hugest blessings, that you can receive. To live long enough to repent of your wrong doings.

When I was dating my daughters father, we would be upstairs in his room when his mother was at Church all day. We knew she didn’t want him to have company when she wasn’t home, but we, being teenagers did it anyway. Well, she use to come home and I’d be up stairs. Even though she never came up there, she would holler up the stairs to let him know she was home. That’s when we knew he had to either sneak me out of the house when her bedroom door was closed, or I had to jump out of his bedroom window and he’d catch me at the side door. LOL Yea….. thinking back on that.  The person I am today, FIRST of all, I would never be in another woman’s home without her consent, for NO REASON. For TWO, I’m not jumping out of nobody’s window!!! We both laugh about that to this day, and we’ve shared this with our daughter, who knows the person I am today and she CANNOT BELIEVE that I jumped out of a window. LOL LOL Me either!!!!

I remember another time, one night I had lots of company over playing cards and drinking with my friends. I knew my landlord was coming over the next morning to collect rent. I lived in an upstairs flat and my friend lived downstairs. I would often leave my door unlocked because it connected to hers and we had kids that loved to play together. Well, after I let my company out that night, I meant to lock my door. I was so drunk that next morning. I woke up to my landlord standing over me trying to get me to wake up!!! I had puke all over the bed and floor, I was HORRIFIED TO SEE HIM. When I share this story with people for a life lesson, they always ask… was he trying to do something to you? And the answer is NOPE, not at all. He was trying to wake me up, because my door was wide open.He thought something was seriously wrong with me. I learned a GREAT LESSON that day. I don’t ever remember getting that drunk again! I was done with that life!

A few nights ago, I had this craaazy dream that I was at my mothers house, a house that’s not in real life at all. But I went to go see her, and when I got up to her apartment, I looked out of the window at my car as I always do. After a few hours had passed, I looked out again and it was gone!!! I was horrified and crying at the same time. We went to look around and to see was it any broken glass anywhere and it wasn’t, So we went back in the house. I couldn’t stop looking out of the window hoping that it would be there, or that I would wake up. Well, after a few hours had passed, I looked out the window again and it was there! In the very same spot. I told my mother and we went to look in it. We were so surprised that it was very brand new in the inside. The car looked the same on the outside, but it was clean inside out. Brand new stereo system, new seats, it even had a sun roof, it was beautiful.I took it for a ride and everything. In the dream we found out that a group of guys were going around taking people’s cars and fixing them up brand new, just to be helpful. They had done many others the same way, be we didn’t know about it. I was happy that everything was nice and new, but hated the fact that I thought I wasn’t going to see it again. Wow, I have the craziest dreams~!! 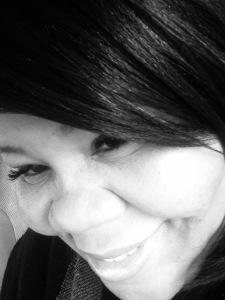 I’m here getting over a cold, haven’t had one in a long time, so I’m okay with it…. I guess. LOL

On Mothers Day, my baby daddy ** I love saying that** sent me a message and called…. something he always does.

I really really love him today, because of the relationship he has with our daughter. She loves that man. I talk to women all the time about the importance of making sure that they don’t run the fathers of their children away. Even if they have broken up, its important, and even more when they’re grown and need that adult/father/child advice on life. I’ll never stop talking about that. Now, I see why I went through so much, because God knew that one day when I was healed from it all, that I would talk to others about my experience till I’m blue in the face. And there is NEVER  a day where I am not doing just that.

Last night at work, one of the Supervisors took me there. I’m a person that  does my work, anything asked… I’m doing it without any attitude, talking smart or eye rolling. Managers notice that. Why this one feel like, just because I make my job look easy, without complaints, minimum questions, with a smile on my face ALL NIGHT… that I want to do extra work that has nothing to do with me ? That burns me up. He made me so mad that I had to pull him to the side. And this is the reason why I don’t run behind, talk on a personal level, laugh and play with managers. Because just as they mean business…. LA’CREASE WALKER does too. The less I have to say about something that goes on, the more they want to know.. WHAT LACREASE THINK? Ummmm….. I think nothing, not going to empty my opinions and thoughts out to anyone on anything that has ABSOLUTELY NOTHING to do with me. #sostoplookingatme #waitingonaresponse #nothoughtsonthematter #asksomeoneelse #thankyou

So, Im trying to fix up my apartment room by room. 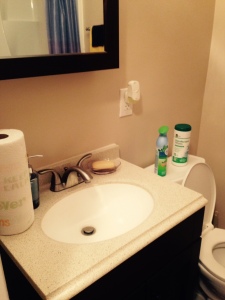 I love it here, I’m going to video record as soon as they finish the lobby and the convenient store. I don’t think I will ever go back to living in a house again, UNLESS I’m married.

Was in the office doing some computer work,

when one of the employees walked into the office and asked MEE.. was that

in the lobby at the desk… I jumped up out of my seat so fast… and it was HIM… So fione!!!!

Okay… I’m getting sleepy, off tonight.