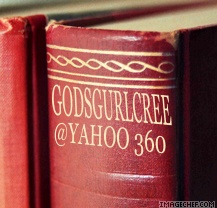 Let me share this dream I had . Me and my daughter was walking down this block and all of a sudden it started getting dark and spooky. My first reaction was to be scared. But then I remember in the bible about things to come and those who don’t know God wont be able to understand what’s happening. So I remembered the word. My daughter looked at me she knew what time it was too, so I grabbed her hand and said come on Neisha lets get across the street, that’s the only way we are going to be saved! It was like that side was safe, and the side we were on turned into Hell! It looked as if it was lighting, and storming, put it this way…………the end of the world had came.

We had to cross this big street that seem as if it was taking forever to get across. Once we got there, we saw lots of people, some were looking crazy some just was plain lost. So for some reason, I was in charge, I spoke up and said to the people. LOOK, LISTEN EVERYBODY, the world is coming to an end!! I said if you want to live you have to wake up!! In my own mind inside of the dream I knew that I wanted to live, so in order to live I had planned on waking up out of the dream, I just wanted to make sure that they knew what to do, since some of them didn’t know what was going on, I knew that I had a way out. So I said LOOK YALL, WAKE UP. I looked at Neisha and said boo, you wake up first, I couldn’t wake up without her going first. People were waking up because a bubble would burst in the spot that they were standing in. So I said Neisha go head and wake up. I looked at her and then saw a bubble. I told everybody wake up if you want to live, and THEN I BUBBLED OUT. (LOL)

I woke up out of my dream.

I looked around my house, I got up, walked around, and couldn’t stop thinking if those other people woke up. It was on my mind so tough. I couldn’t believe that I had a dream like this. So, I laid down and said I need to go back to this dream to see if those people left. I laid down went back to sleep, and guess what? God let me go BACK to see if those other people were there. I pop back in the dream like a bubble. It was only a few people left. I said WHY DIDNT YALL POP OUT?????????????

They looked at me and said: WE CANT WAKE UP.

I felt so bad for them, so bad. There was no way for me to help them, they had to pop out themselves. All I could say to them was well IM OUT!! Then I woke up out of the dream.

Deep? I’m always thinking about this dream, its one of the few I remember.

I love you all!