Being the oldest, is hard work. I’m 50 years old and I still ask God why did you make me the OLDEST?

I ask this question so often that every time I make a decision, give advice or opinion, he always whisper to me… “THAT’S WHY YOU’RE THE OLDEST.”

Growing up I always wanted to be a Teacher or a Lawyer. I love reading , I love teaching people what I learned (( especially my siblings)) then I pass it down to others.

I’ve always had the ability to see the BIGGER PICTURE. To see the situation out in its entirety. I don’t know if I learned this from my parents growing up, or if God gave me these gifts to help myself and others. Let me give an example.

A woman purposely threw a cellphone of the person they were mad at and broke it. He was mad,  she apologized. She promised him that when she got paid she would buy him another phone. Well, before that time came, he made her mad again, she told him that she wasn’t going to replace the phone. This made him angry.

That day he PROMISED her in text messages that he was going to get her back ((REVENGE)) for it. After she sent me all the back and forth texts I told her that I was scared and that he might do something real bad to her. Her text back to me was : “You keep saying that like you want him too.”  (( I told her  this many times in the past, the way their relationship is, someone is going to get hurt one day.”)) I was done. Shocked. Mad at her.

I was one of the first people she called. I love my friend and will always be there for her, I just know with her……. I have to step back and let things happen.

I can always see the BIGGER PICTURE. You cant do something to someone these days and not expect for them to do something back. When you do A. to someone, expect them to do B. to you. Not everyone will do A. to you, those are the ones who have enough sense to know that this person cannot be trusted, and not to deal with them anymore. Because they’re the ones who will cause you to get in BIGGER TROUBLE. Sooner or later playing these types of games.. someone is going to get mad and do something about it.

Many people have came to me and told me things before they happened, and I didn’t listen…. but I listen now. 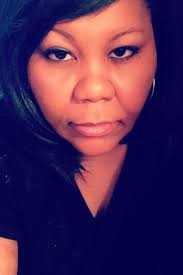