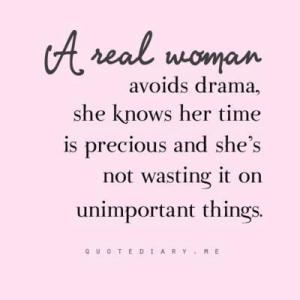 Good Morning…. Soooooooo today I walks into the post office around 9:20am… and there were a man about my age and a black older lady. I was kinda shock to see them standing there. So before I went any further as they were “ALREADY STARING AT ME” I looked at them both and asked…..are they open? The lady looks at me with this spooky smile and sarcastic voice and said…. “if they was we wouldn’t be standing here” I said to myself ….Oh Lawd Jesus ….. ITS A FIRE!!!!….

When I FIRST meet a person, and they get smart… all types of bells and whistles, choirs , little kids singing, dogs barking, cat scratching, horns, guitars, drums, organs and all these things start INSTANTLY goes off in my head. All I could do is look at her…. she KNEW I wasn’t playing after I stared at her for about 40 minutes non stop * just playing*. Not that I would go off on her, because I have self control PRAISE GOD and I would never disrespect anyone. So, I said so the answer is NO? They both said.. very quickly a the same time…. No, not until 9:30. As I stood there to calm down… I realized that they open that part of the post office up for those people who have mailboxes, and they were just standing in that area until they opened. See, that was my reason for asking why were they standing there. I thought it all opened at the same time.

So, obviously they were first and second in line when they finally opened. They wanted to be my friend so bad… I WOULD NOT LOOK AT THEM. they kept turning around looking at me. So after my turn. the lady waited around for her package.. she looked at me with a nice smile * like she should have had done in the first place” and said have a nice day. I smiled back and said.. “you too maam”. Then here come homeboy…. you pretty, why you so pretty? Can I have your number…. I SAID IM MARRIED and jumped in my van. I KILLED THEM BOTH WITH KINDNESS. When people were coming in after me asking the same question.. I made sure their smart mouths didn’t spoil the atmosphere for others like they did me… I said to everyone who came in.. they open at 9:30. LOL

Question… why do people have smart mouths… why couldn’t she just say… they open at 9:30? Just a few nights ago, me and Nesha was at Wendy’s drive thru.. we ask the lady for ketchup… she rolled her eyes so hard… all I could see was THE WHITE PART IN HER EYES. And I’m looking at her like guuuuuuuuuuuuuuuuuurl back in the day… I WOULD HAVE SNATCHED THOSE HEAD SETS OFF WITH YOUR EAR!!! LOL LOL LOL Yall who know me KNOW THIS IS TRUE. All I could do was bust out laughing in her face. I said to myself gurl you have no idea how GOD IS REALLY SAVING YOU RIGHT NOW! LOL People…. show yourself friendly… no matter what kind of mood you’re in. Smile, you’re only in strangers lives for a few minutes… aint no sense in acting funny. Be helpful, listen to others, make short conversation in showing yourself friendly…. … I TRY TO LIVE THIS life everyday. SMILE

PART 2 COMING UP * THE RESPONSE*