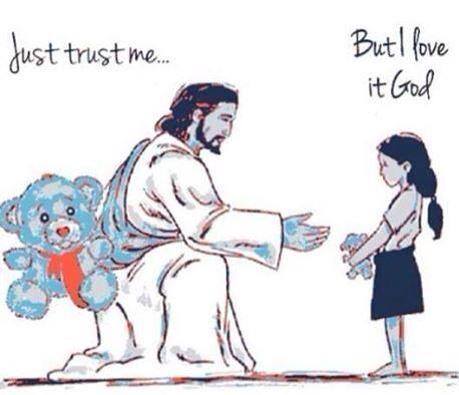 Happy New Year!
One of my prayers is to have more conversations with The Lord. Sometimes we get tied up in our own lives and we forget to have that special time with HIM.
Since I was a young gurl, I’ve always heard the voice of the Lord. I’m always amazed at the things he tells me about PEOPLE and SITUATIONS ahead of time. A lot of times I don’t understand why he tells me things, but as time passes… I ALWAYS GET IT! That alone blows my mind.
A few days ago, the cable in my building and surrounding areas went out for hours. So, I called the cable company to find out how long would it be before its restored. After holding on FOREVER, I was okay with the time frame that was told to me. That evening it was restored.
No more than 5 hours of being restored, it went off again while I was watching Tiny House around 1:20 am. I don’t watch TV much at all, so when I do turn it on, I want to watch it.  I decided to go to sleep. The next day it still wasn’t on, so I decided to chat with a LIVE online representative about the service. He told me that they were having problems and that it would be restored in a few more hours. It was restored an hour earlier than predicted.
The next day, I was going through some movies and decided to watch King of Kings, when the Lord spoke to me. He said “La’Crease, your cable is going out again, but after that, it’ll be on for good.” His voice was so clear! I said.. Oh okay, so its going out again? He said yes, then once its restored it’ll be on for good.
I took a nap that evening before work and when I woke up to get dressed, even though my TV stays off, I notice the lights on the cable box was OFF again!!!! I went on to work, but when I got in around 8 am.. it was still off. Now I’m frustrated because this has never happened before. This time when I called I told them that I wanted a refund for War Room a movie which I rented and didn’t get a chance to see it for a second time before it expired, and also a credit for the NOW 2 days it was off. I was DONE! Forgetting everything God had spoken to me. What really had me on fire was when she said.. after we discuss the nature of my call, that she was going to introduce me to a better package than the one I have. Before I knew it I said.. ” I can’t even see and enjoy the package I do have!!!” I said maam, my cable has been in and out for 3 days!!! Oh she felt my wrath! She told me that my cable would be restored in a few hours. Just before hanging up, I got so irritated with the issue, that I said to her…..Thank you, you’ve been real helpful, and hung up in her face while she was still talking. I felt bad because that’s not me anymore to hang up on people, and to get that upset over something that I have no control over and surely not her. So, as I was watching a Christian movie, I really felt convicted after thinking about it.
After I had calmed down… God said to me.. La’Crease why did you call Comcast? I said because I’m tired of my cable going out. He said BUT.. didn’t I tell you that your service was going to go out and be restored again for good? I said yes. He said then why did you leave that woman wounded like that? OH MY GOODNESS I FELT SO BAD. OH THE GUILT. I could actually VISION the woman feeling some type of way after hanging up on her. I can VISION how I made her feel. I can VISION her talking trying to help ME, but feeling low after hanging up on her. I can VISION her telling family and coworkers how rude I was to her.
I shouldn’t have never called. God told me what was going to happen. I don’t know what kind of day that lady was having. She could have lost her mom or anyone. She could have been trying to have a good day after the anniversary of her daughters death or anything… I DON’T KNOW. WE NEVER KNOW WHAT THE NEXT PERSON IS GOING THROUGH! Even though I ‘m making up these scenarios , God told me about my cable, and I spoke to this woman like it was her fault. I repented. I felt so bad afterwards. You can’t do people wrong! God does not like that, and will punish you for it. I wish that I could talk to her again to apologize for the way I spoke to her. She was nice to me, and I was so mean. My cable was on in 12 hours, didn’t matter to me anymore, I just wanted to make what I did wrong-RIGHT!. I haven’t had any problems out of my cable since.. just like THE LORD SAID! I’m starting to think my cable was off just so that I could LEARN THIS LESSON OF HOW TO TREAT OTHERS… ESPECIALLY when I have DIRECT CONVERSATIONS WITH HIM. SMH @MYSELF. LESSON LEARNED!
I AM La’Crease ((I don’t have to do ANYTHING else))