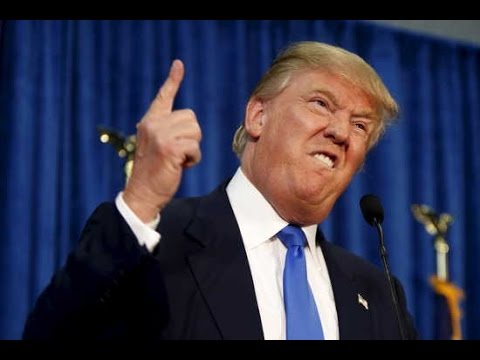 Donald Trump….. Man, I just dont know what to say about him. Its all about POWER to him. He’s the kind of person that if you don’t agree with him there is HELL TO PAY! Especially if you work for him. He’s a bully. Flat out. He wants things HIS way, and he wants you to agree with him. He’s sarcastic,  arrogant, VERY IGNORANT, and just STUPID. Let me explain my VERSION OF STUPID. He doesn’t know how to speak, he uses wrong words to explain a tragedy. He speaks about the wrong things at the wrong time. He’s fake. If you don’t look like him, but is another race AND AGREE WITH HIM… then you’re good people to him. His solution to problems is.. THROW THE WHOLE GROUP AWAY!!! When I say group that means all the people who don’t agree with him on any topic.

He is sooo JEALOUS of Obama. I never seen a man so jealous of another man in my life. So, I thought about it. He’s jealous because he knows OBAMA is just as POWERFUL as himself. Trump knows this, but see Trump doesn’t have the Characteristic, the style and grace, humbleness, Leadership, Godly atmosphere, the influence, the mindset, passion and KNOWLEDGE of a POWER person in a Presidential Seat. Trump knows this. He wakes up talking about Obama, he thinks about him all day everyday. He talks about him to his friends, his “workers”. Its just sad. Its also so unreal how he is trying to undo everything that Obama has done. All of these things were on his agenda if he became President.

I was too outdone when he pardoned his friend Joe Arpaio . Below is Joe’s tweet when he got out of jail. This man has done so much dirt.. I couldn’t even finish reading his WIKI. Its so out cold, his rap sheet is waiting on God if he hasn’t repented. Trump was so happy to be a person in POWER to pardon his friend. By his smile standing next to Joe, you can tell that he felt like a God. A person in Power to get someone out of jail. But this POWER won’t last long.

Thank you @realdonaldtrump for seeing my conviction for what it is: a political witch hunt by holdovers in the Obama justice department!

If I don’t know a thing about God, I know THIS…. He has put people in POWER who needs a lesson learned. There are many stories in the bible that talks about how God wanted them to turn from their wicked ways, bullying, mistreatment of God’s people and many other lessons. I truly believe that God is going to have to do the same for Donald Trump. He was already rich from his own businesses, now he’s the President with MORE power. I really want to see how this all plays out. Trust and believe Trump is NOT in office because he can lead this country and was the best candidate. He’s in office because God put him there for a reason… and I’m excited to see how it all plays out! Just know, we will all SEE AND HEAR ABOUT IT. WATCH IT GO DOWN!
And WHO makes faces like these.. GOODNESS! Who??????? 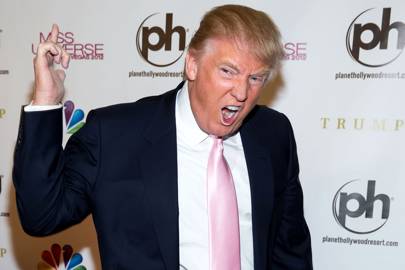