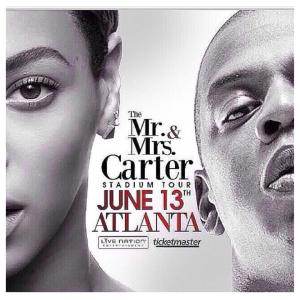 On Mother’s Day we all went to my moms house for dinner. We had a good time too. Sitting here thinking about how hard it was to see everyone drinking PEPSI and I had bottles of water. That was so hard…. but only for the first hour. They were opening them everywhere. All I could do was look at them. Which brings me to this question. I wonder how ex-alcoholics and ex-drug users sit around others that do it. That’s really hard….well I guess for some it wont bother them, but after a while some do slip back into the habit. I made it through. I did it. I live alone so its easy for me not to drink any pop, but when I’m out socializing that can be hard. BUT WHEN YOU THINK ABOUT THE BIGGER PICTURE…. YOU WILL STICK WITH YOUR PLAN.. AND I DID. (((hugs for the gurl)))

So far I lost 2 pounds haven’t been a week yet. I’m really motivated. I saw my boo today, he said “I like that black”… talking about my dress that I was swinging in today. Yesss… baby.. little does he know I wore it for him. Its so easy to hypnotize men. Me…. I don’t say a word.. I just let the atmosphere take its course.. LOL LOL Okay… Im being bad… * wink*

I try not to celebrity blog… but I have to go there with my gurl Beyonce. I need for her to grab my hand on this one. I know when that Virgo found out that elevator tape was leaked she bout passed out. Now, I gotta be honest, it was some FUNNY PHOTOS going on, and some were so funny, people need to be comedians. Beyonce is a PRIVATE VIRGO… we share a lot, but you think you know us… YOU HAVE NO IDEA. She’s noisy so she went on line and saw the photos and the comments. That was a leak that she never expected to come out.

But the part of life that bothers me… people think people with MONEY don’t have issues. We all have issues or trust me….. or…. THEY WOULD BE IN HEAVEN WITH GOD IF THEY DIDN’T. Its okay to go through something to make you look as real as you are. Having a clean record of “nothing” known is what can break you down, once its made public. I love my gurl Beyonce, and I hope that everything works out according to her prayer she post on Twitter. AMEN