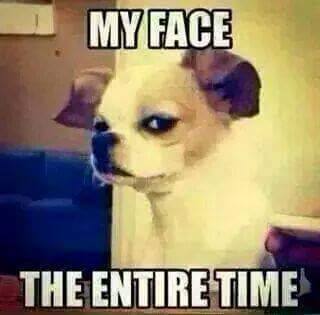 I was watching a clip of Jada Pinkett-Smith when she was about to be interviewed concerning the Aunt Viv video. It kinda blew me away when the reporter couldn’t get her question out fast enough, and Jada snapped her fingers and told her to “get it out”. It reminded me so CLEARLY of situations that’s happening daily to so many people.  Please click the link below to see just what I’m talking about.

Ever since I started working at 14… I always pride myself on treating people like I wanted to be treated. That always stays on my mind, but let me be clear there have been many times, where I’ve fell short of that. I never knew what it is about me (( well I know now)) that always made members of management take a liking to me. Not only that, but my co-workers as well. I’m not saying that they favored me, but I am saying that I respect others, they respect me, and I don’t haha hehe in their faces. I talk to people with a tone of voice where they get it, and not be offended. I don’t talk side ways, and I don’t scream. I use DIRECT eye contact, and #1 I will not complain to a co-worker about something that’s management related! I go to them. I say all of this to say…..catch and check “side ways talking” on the spot. Because once it builds up, you will allow people to run all over you. Now, I know the difference in playing and acting silly, being sarcastic and having fun because you know the person. But just off rip.. HELL TO THE NAW!

I know a lot of people. I know how to communicate. I know how to express myself. I know how to get my point across. Yes, I may come on strong, but I enjoy working on that. I have came a long way. People, mainly coworkers have always felt that I was the favorite of management…. not true. I love myself, and I respect myself. I can see things from a level of a person with Power, and a person who has no Power. Thank you Jesus I can. I hate unfairness. I can’t stand favoritism.

MY POINT! To see Jada snap her fingers at the REPORTER… when she would NEVER EVER EVA EVA EVA EVA do that to Oprah, Cicely Tyson, or Denzel Washington, pisses me off to NO END!  People mistreat others according to how they SEE THEM. That’s just DISRESPECTFUL AND UNACCEPTABLE!!!

I have seen Celebrities on Twitter speak or hold a conversation to another celebrity… and wont that person BREAK THEIR DAYUM FINGER NAILS RESPONDING BACK,((( and will apologize if they saw it days later)))) just to not seem like they are ignoring the person. Its fu**ing sad. I listen to Steve Harvey in the morning. And when he’s talking to a Celebrity on the phone, they’ll ask how he’s doing, and its laughs and conversations. But when a non celebrity call in, he rushes to say that he’s doing fine, and if the story don’t make sense he will TALK ALL KINDS OF SIDE WAYS …. and I just be like ARE YOU SERIOUS? Could NEVERRRRRRRRRRRRRRRRRRRRRRRR BE ME!!!! I have to turn the station because I can’t stand to listen to the down talk. The interruptions, the side ways talking, the making the caller feel STUPID AND WORTHLESS. Pay attention. Thing is…. he probably has no idea he does this.  Its a AUTO-PILOT of who to talk to side ways… and WHO NOT TOO.  Publicly, celebrities don’t talk side ways to each other.

BEFORE CLOSING Speak up for yourself. People like me because I communicate, I don’t play games, I do my work, and I don’t stick around for “conversations that has nothing to do with me”. Know your worth. Don’t let people talk to you any kind of way. Snapping fingers and making you feel like, ((((in Jada’s case)))) if you don’t hurry up and ask the question.. THEN YOU WONT HAVE THE CHANCE TO GET YOUR ANSWER. UM CUSE ME…GURL watch out! (( move to the side))