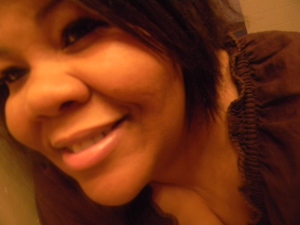 Now if you know me, you know I LOVE ENTERTAINMENT. I’ve loved it since I was a young gurl. I’ve been to many NBA games.. so many concerts, and plays I can’t even keep up. Only 3 Celebrities I ever wanted to meet. Anita Baker,*did that* Gerald Levert *did that* and Tyler Perry ( still working on him lol)

Several years ago my Anita Baker friends and I met up here in Detroit as we do yearly for dinner before the concert. We’ve been meeting up for the last 7-8 years straight, and each year someone always bring a new fan to meet us. This one year, this guy name Mike was introduce to us over dinner * over 30 of us*. Mike was very down to earth, sweet as pie. Great guy, nice conversation.. we had a great time all of us during dinner, the concert and afterwards. The following week or day, we all connected with the new people on Facebook. I try to visit as many pages as I can a day, just to let my presence known. I have some really good friends on my page and value them all.

One day I inbox Mike and asked him did he know about the Anita Baker concert in Atlanta? He said that he didn’t know about it and wanted to go. We contacted the others and since I was already going down that weekend anyway…. he was excited and so was I. We talked about getting tickets and meeting up with everyone. We were about to make HUGE PLANS. Then we got word that the concert was cancelled. That’s when I started visiting his page more often and realized who he was, and what he did. never knew that he had it going on in Entertainment like this. I tell him all the time how proud I am of him and his work. When we met he was so down to earth and the nicest guy ever. Never knowing he was a stage manager. You’d be surprised who is invited to dinner. What a wonderful person. Click the photo to see them larger. 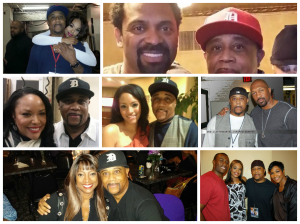 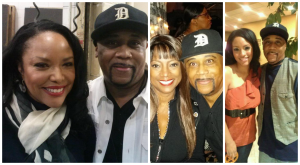 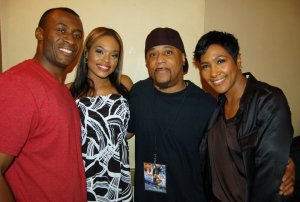 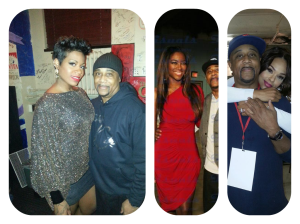 All of these photos belong to MIKE

Again… One of my Anita Baker friends….MICHAEL whom I’ve been knowing online for years and years. At least 9-10 years. As many comments and times I’ve visited his page.. I never ever ever ever ever ever ever knew and I’m laughing too…. that he was married to Kevin Blatch.  Who is Kevin you ask? Well one day I was watching one of my FAVORITE MOVIES…. WHITE CHICS… and I made a comment on my page how I love the movie.. Michael commented *forgot what he said* and that’s when I found out that was his husband. I’ve seen so many photos of them…. but I never connected the face to my favorite movie. He played fashion icon Aubrey Allure. He says in the movie.. “Oh you are so barking up the wrong tree right now”. LOL Check him out as Judge Webber in Hell on Wheels. Michael is the taller guy. Great people, good movie!!! 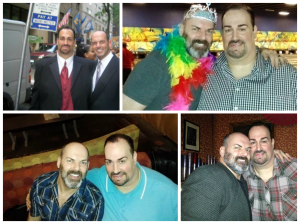 ALL PHOTOS BELONG TO MICHAEL